During his rookie year, CJ McCollum wasn’t much of a shopper. “I remember I used to shop with Damian [Lillard]. We'd go into a store and I'd be like, 'I'm not buying anything in here,’” he says.

Things are different now. “My money has changed exponentially. So shopping has changed,” McCollum says, surrounded by fitted caps and collared shirts in his Lake Oswego, Oregon, closet.

A fatter paycheck—he signed a four-year, $106 million extension after receiving the NBA's Most Improved Player award for his 2015-16 breakout season—and a sneaker deal helped him with his sartorial glow up over the last four years. More money, more style.

“My taste has evolved. I love me a good suit,” says McCollum, who balances his buttoned-up look with ripped jeans and fresh kicks for game days. “I’m not a shoe collector, but I’m a Nike athlete. You get shoes for days. I like my J’s.”

While his 70 tailored suits take up most of his closet space, the 25-year-old does leave room for jerseys of his favorite athletes, including one from his brother, Errick, who plays for Galatasaray Odeabank in Turkey, and a prized Kobe Bryant high school throwback.

“This is that Lower Merion joint. I ain’t never worn him,” McCollum says. “Fresh out of [the plastic]. This baby is sweet right here. This the summertime joint here. Suns out, guns out.” 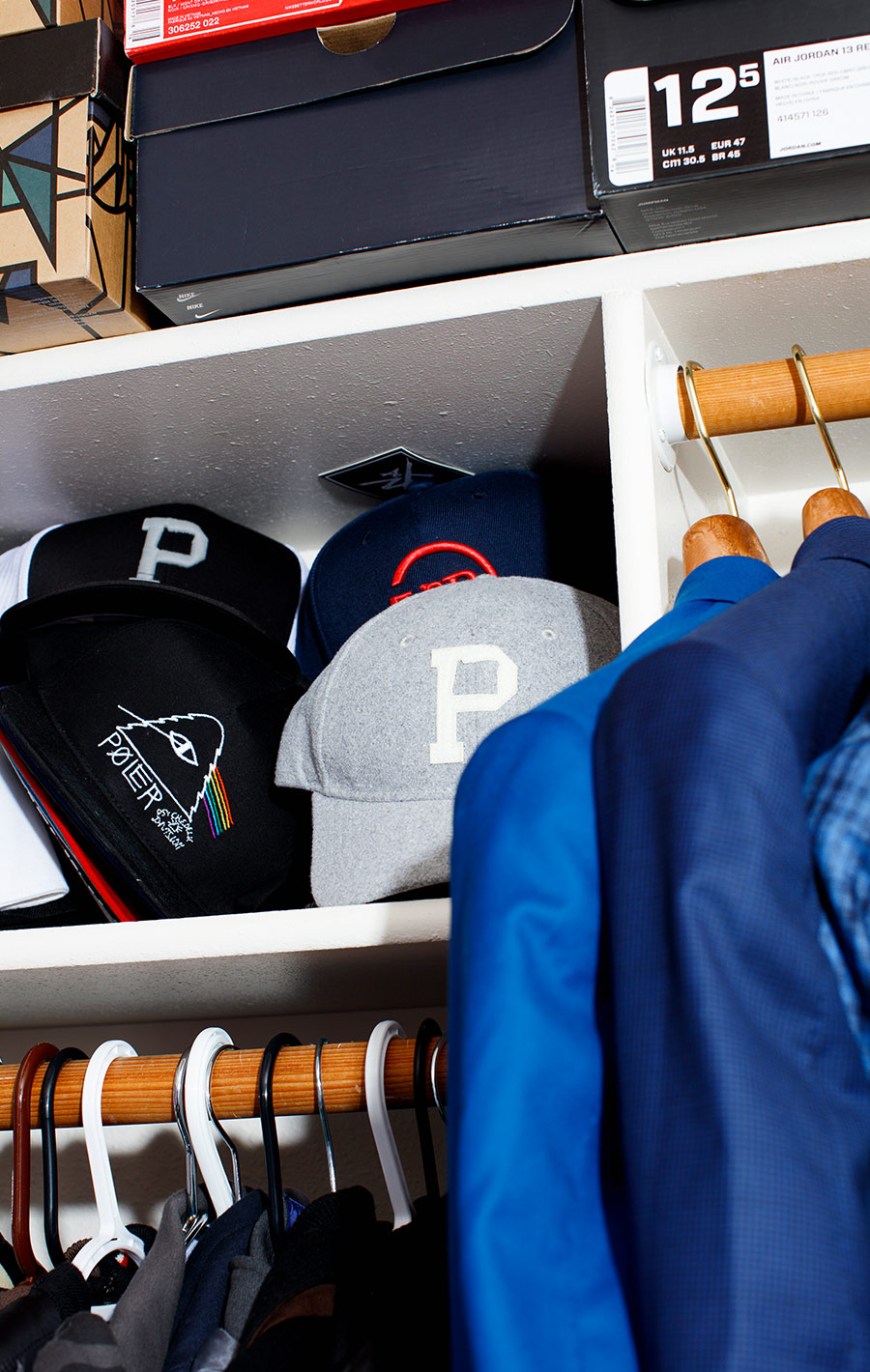 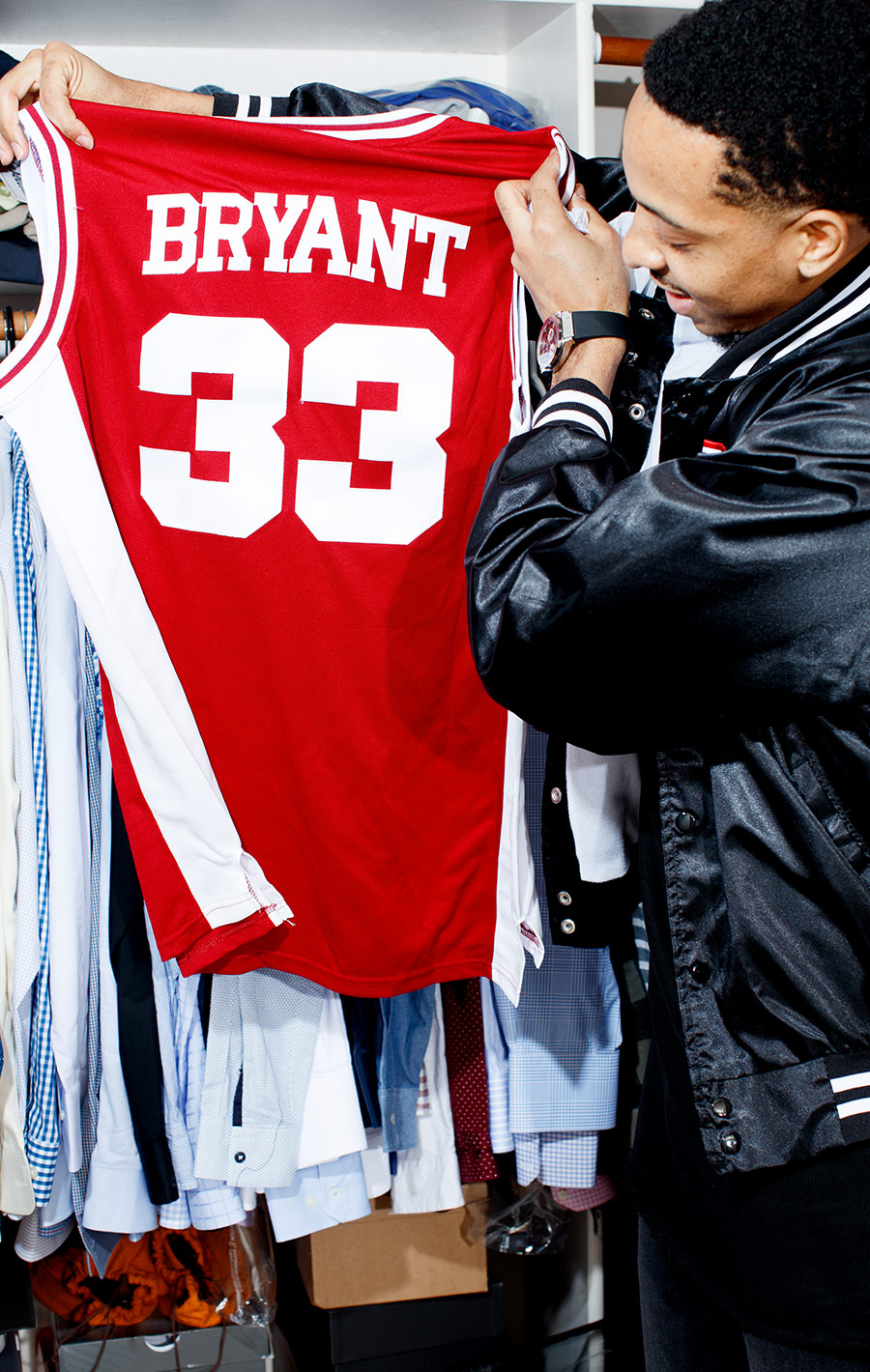 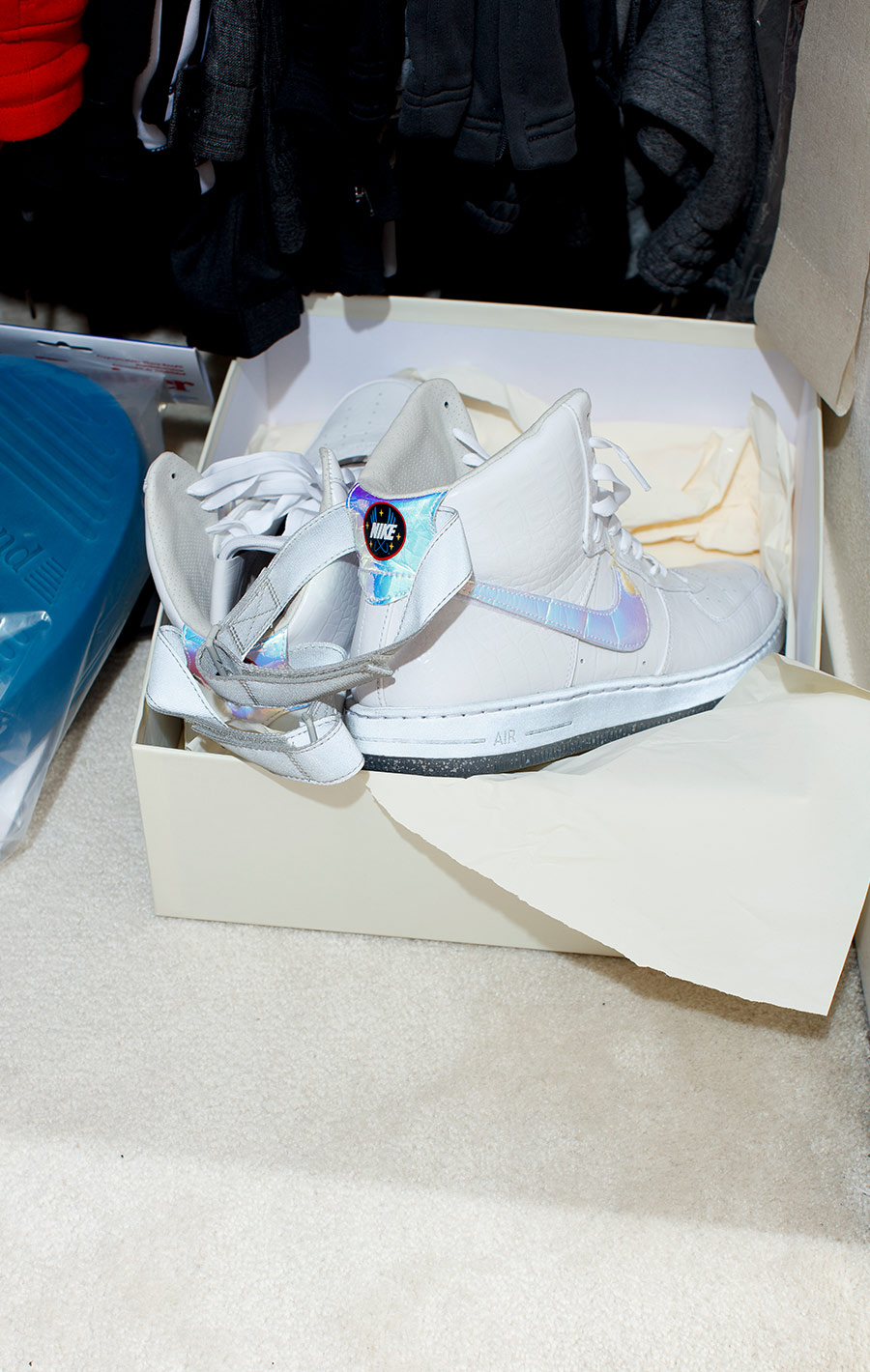 McCollum puts the biceps away for his game-day looks but flexes his style in a variety of ways. “It's quick. I got a lot of clothes. I figure out what I want to wear—an extended tee or a throwover jacket. I like a lot of long-sleeve button-ups because it’s always raining [here]. I’ve got a lot of plaid stuff,” he says. “I love me some Cole Haans. When I get a fresh haircut, I’m happy to throw on a suit. I'm a guy who wears a lot of suits, so you've got to be able to mix it up.”

His go-to suit guy is Antar Levar, a bespoke clothier who provides a range of colors and patterns. “He lays me out,” McCollum says. “When I did sideline reporting [during All-Star Weekend], I said, ‘TNT wants me, so send the heat.’” McCollum settled on a custom blue plaid suit for the gig.

While Portland jockeys for the eighth seed in the West behind McCollum's career-best 23.2 points per game, you can count on him to turn up his style if the Blazers make it to the postseason. “When it’s the playoffs, I’ve got to look fresh. It really is like [a runway],” he says. “It's all about blending it right and your clothes fitting right. Sometimes you gotta go out on a limb and try different stuff.”

But not too different. “I see what Kanye is doing with some of his stuff. I'm not sure I could wear a lot of that stuff, honestly. To each its own. Some people love the holes everywhere, the baggy sweatshirts. But it's not me.”

McCollum feels the same way about Russell Westbrook, whose fashion is as brash as his game. “I think he dresses nicely a lot of the times. He’s bold. He’ll wear anything,” McCollum says. “He’ll make anything a trending topic. Kudos to him, but I’m from Ohio. I’m laid-back and reserved.”

McCollum is so laid-back that he admits his true fashion preference leans more hoodies and tees and less suits and ties. “I wear Uggs, man,” McCollum says. “I would wear sweats every day if I could, except for when you need to pull nicer clothes. Sometimes, I’m with my girl and I’m just like, ‘Can we just wear sweats? Can we not make this a thing where we have to put real clothes on?’”

“When it's the playoffs, I've got to look fresh. It really is like [a runway]. It's all about blending it right and your clothes fitting right.” 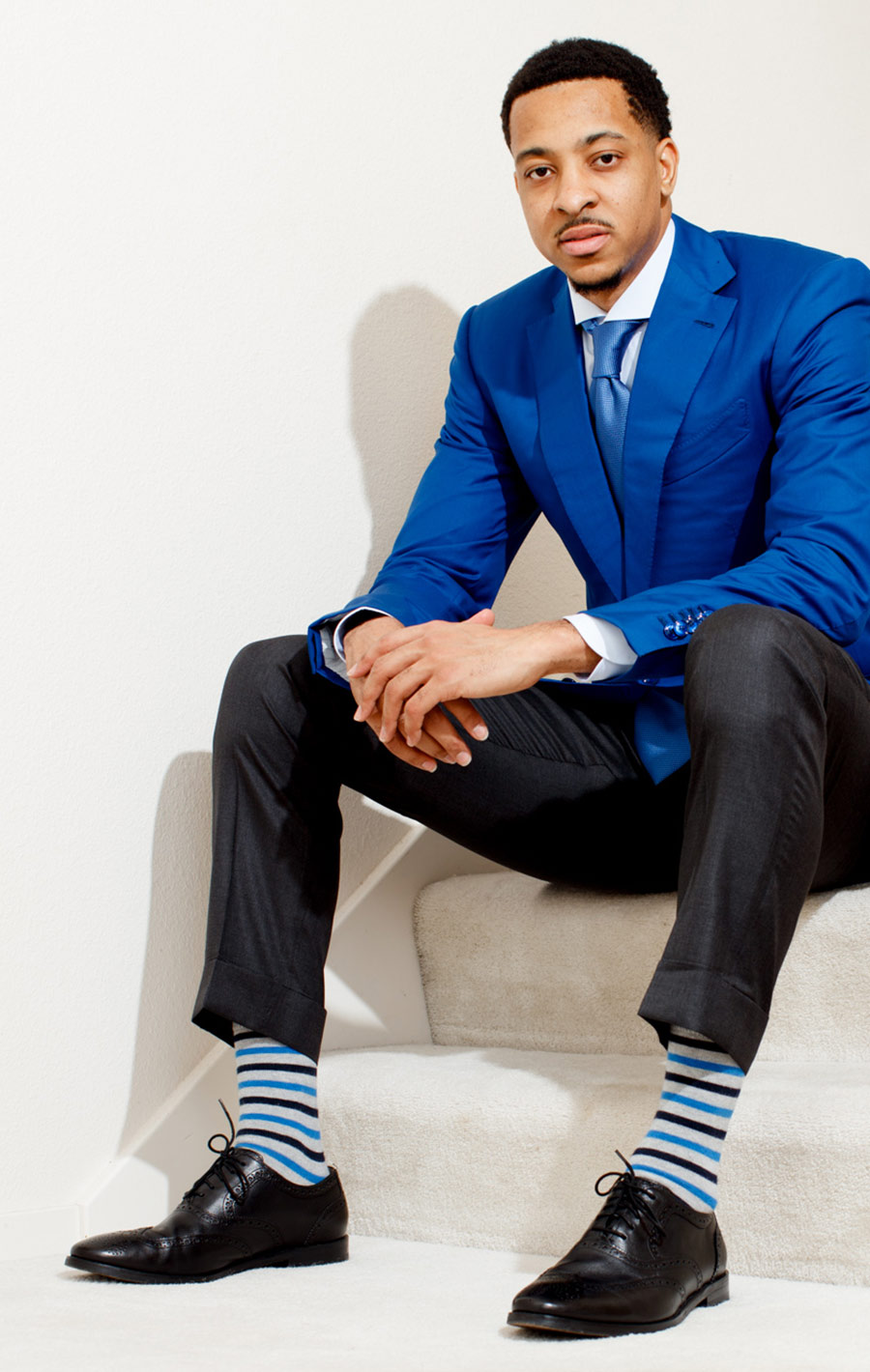 But when game day comes, McCollum aims to own the moment.

“You go buy a new fit and everything is popping. You put a really good suit on. It’s tailored right, and you’ve got the shoes to match it,” he says. “It’s like, ‘I did a really good job. Kudos to myself.’”  ◼

Joon Lee is a staff writer for Bleacher Report and B/R Mag. 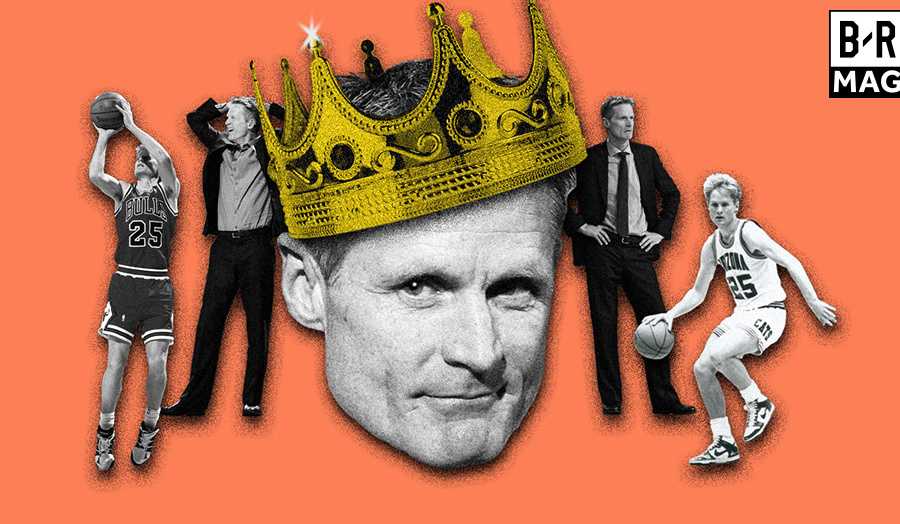 Steve Kerr Is the King of Cool 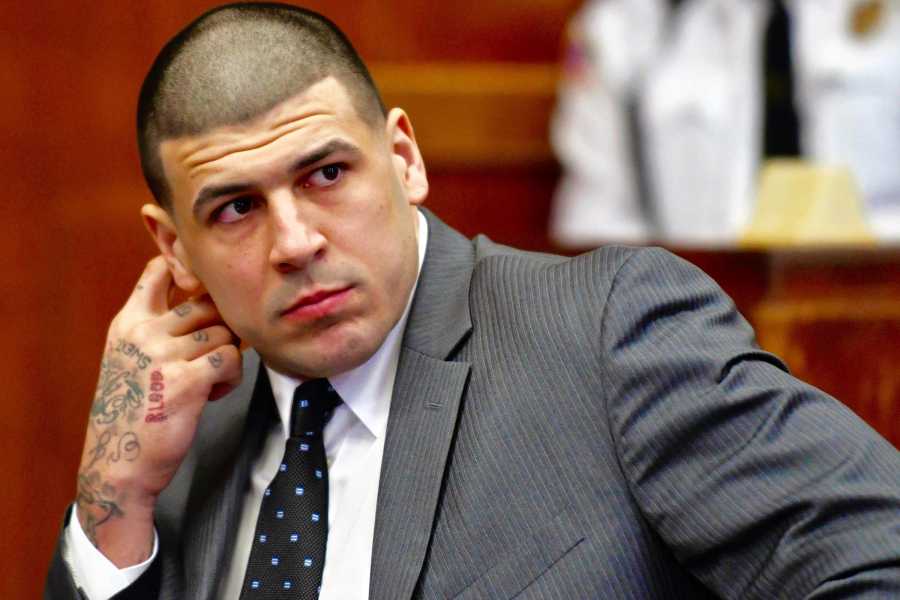 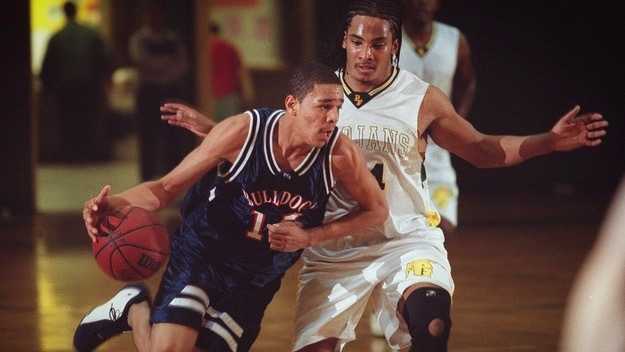 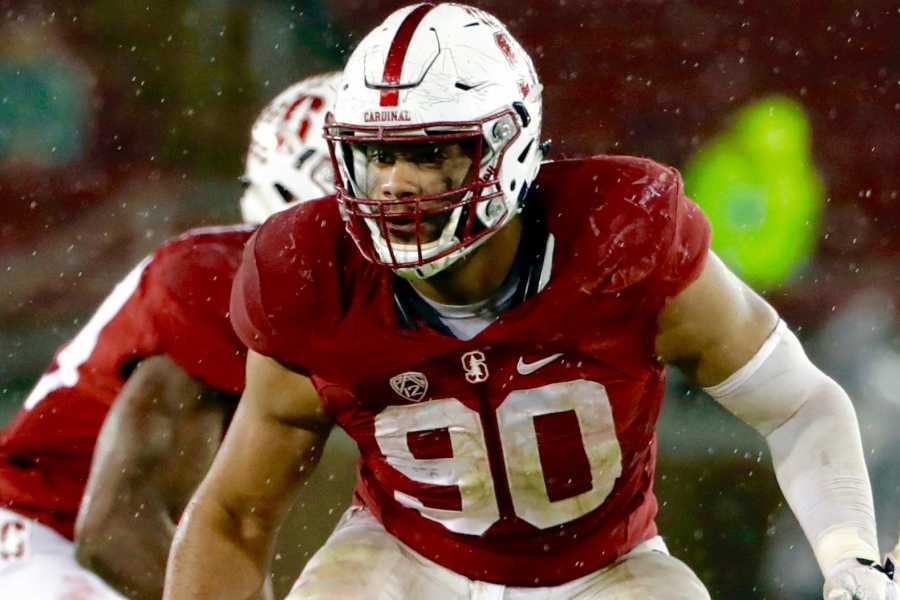 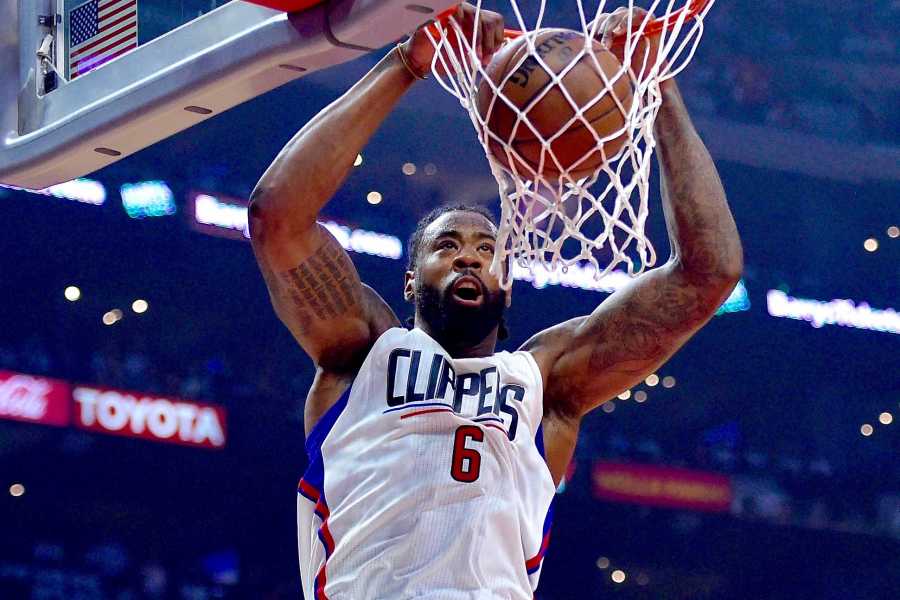 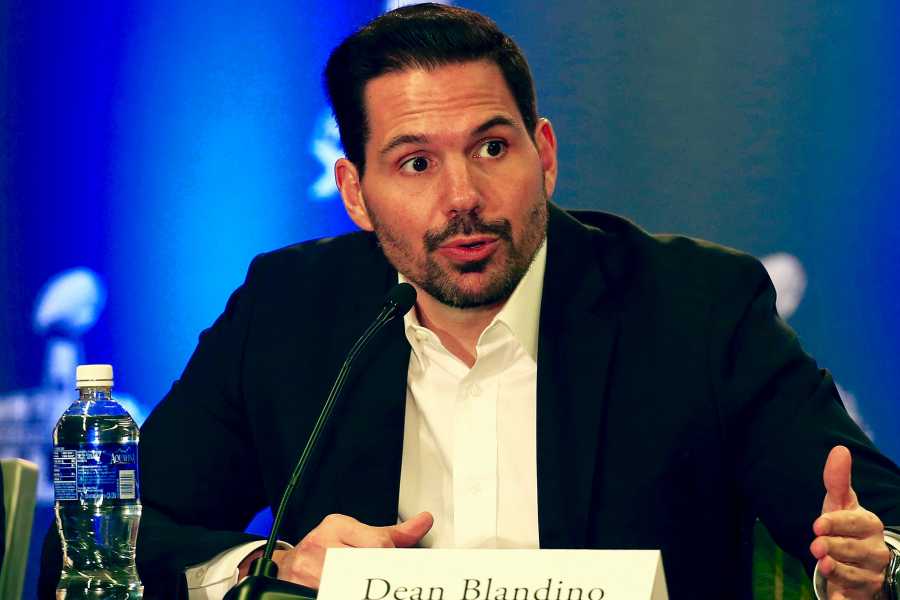