It started with a warning. “Don’t get it,” Allen Iverson cautioned as Andre Iguodala reached for a Sean John jacket that looked a size too small during a stop at a Philadelphia clothing store. Iguodala admits the sleeves were “kind of snug” for his 6'6" frame but assured his Philadelphia 76ers teammate the jacket “fit fine” as he bought it. Iverson wasn’t convinced.

“He just kept asking me about that jacket. ‘That jacket comfortable? You really like that jacket, huh?’” Iguodala says, mid-laugh.

The questions didn’t stop there. The jacket became a running joke. “[Iverson] had other people ask me, ‘Aww Dre, that’s a nice jacket. How long you had that?’” Iguodala remembers.

While the Springfield, Illinois, native preferred super-fitted shirts and tapered jeans, Iverson encouraged the young forward to embrace a baggier style, similar to his own, a decade ago. Back then, Iguodala was the (old) Kanye to Iverson’s State Property.

“He was like, ‘Man, ya polos too little.’ He used to always crack on me. I used to laugh at his jokes,” Iguodala recalls. “But that’s how I knew, ‘This is what I want to look like. This is what I’m comfortable with,’ and stay true to myself. Like he stayed true to himself.”

Now, 13 years deep in the league, the heart of the Golden State Warriors bench has moved on from the polos. In the decade since the Sean John jacket joke, Iguodala became a student of fashion, taking notes at the Fashion Week shows, hiring a stylist and collecting style books—housed in his two spacious closets—for reference. Iguodala’s studies shaped his fashion evolution, from Lacoste to Ralph Lauren Purple Label suits to his current game-day style, which allows him to dress up or down.

“I’m wearing a blazer, like, all the time. That’s my go-to. A blazer, and I can just figure out if I want to wear jeans or slacks. Turn it into a suit,” says Iguodala, who also regularly dons a Gucci overcoat on chilly game days in the Bay. “I can wear a turtleneck. I can wear a button-up [or a] gray tee.”

Iguodala’s proximity to Silicon Valley also impacts his style. The 33-year-old, who is also a venture capitalist in technology, sees fashion parallels between hoops and tech.

“[In basketball], you have so many things going on, you don’t want to think too hard. And that’s why [stylist Kesha McLeod] and I talk about a staple look. I think the tech part has influenced that,” he says. “Because you’re so busy, you’re on the run hustlin’ and bustlin’, you’re meeting people, you’re learning about companies. You’re doing your due diligence on the companies you’re working with. You’re checking out the worth of a company. You want to be comfortable and have your sense of style with it. But you don’t want to be over the top.” 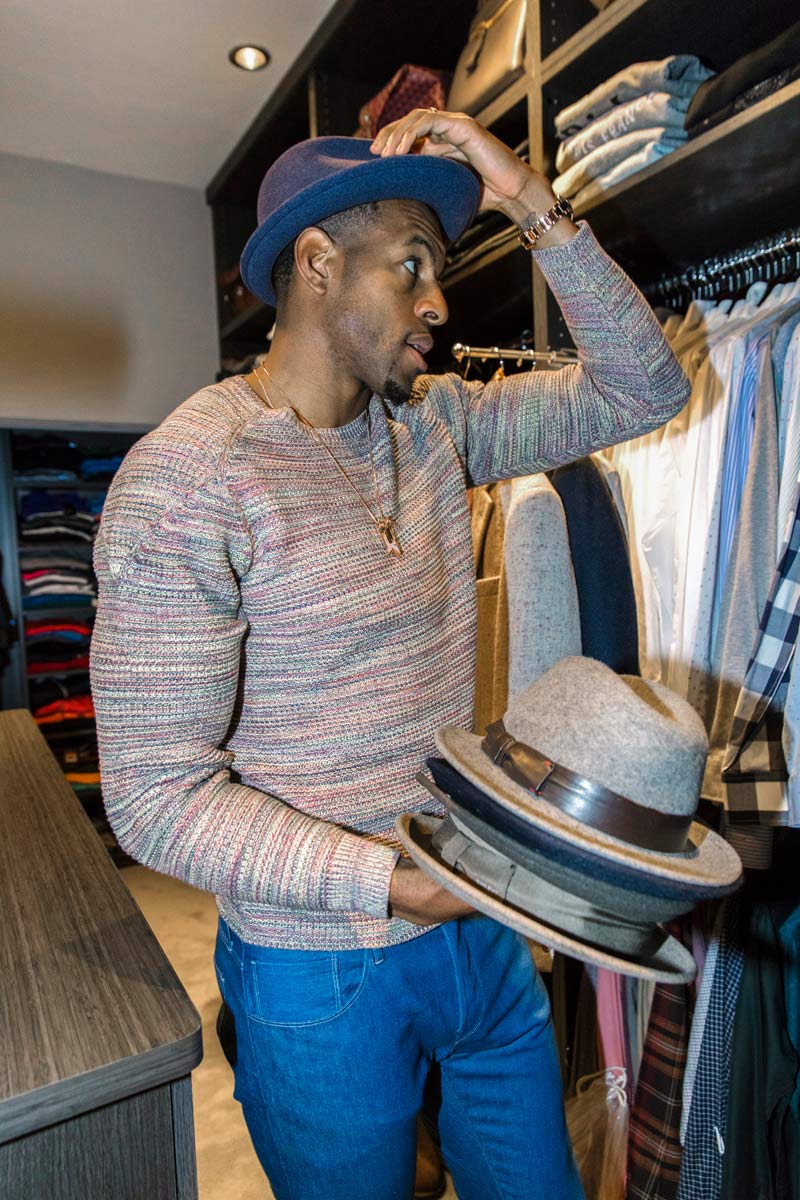 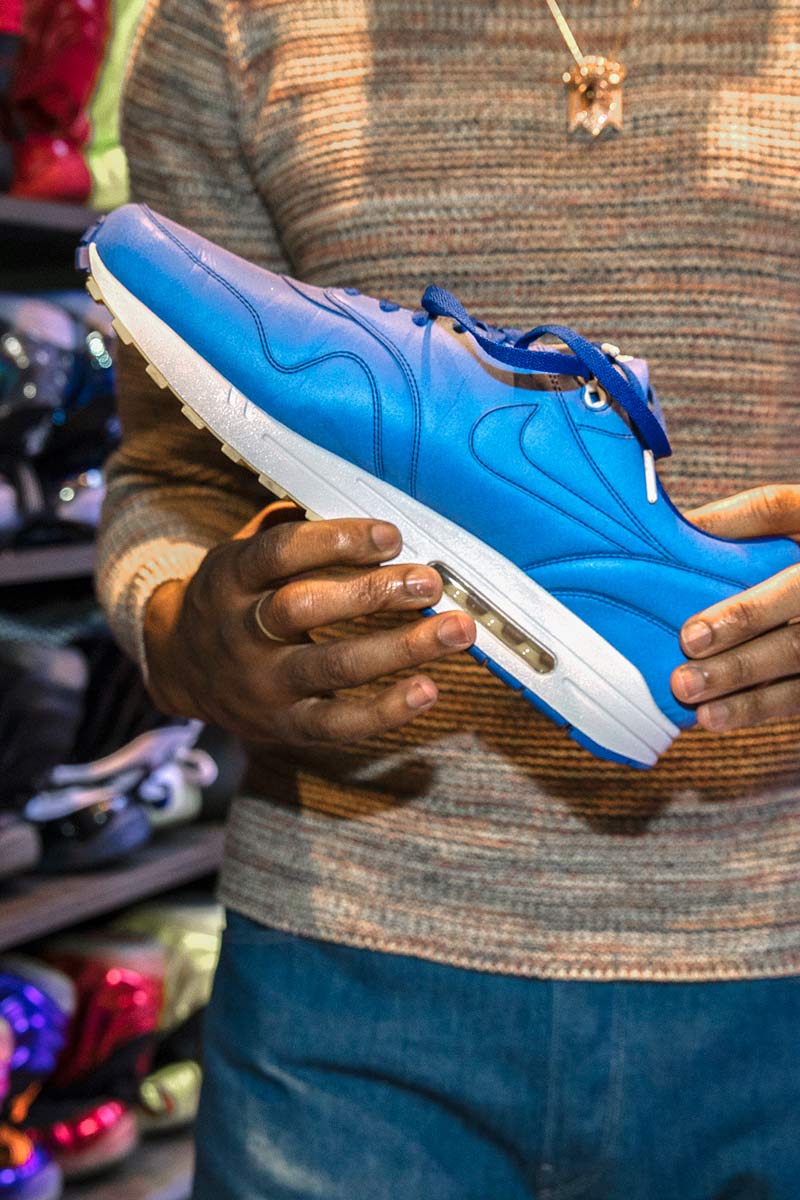 Iguodala usually pairs his casual-yet-sleek blazer look with minimalist sneakers from Common Projects. The luxury brand doesn’t carry shoes that fit his size 16 foot, so Iguodala places custom orders months before shoes are released to the general public. He’s a big fan of the Achilles Low, a versatile lifestyle shoe that ages well with wear.

Despite his affinity for Common Projects, Iguodala has a diverse footwear collection in his mammoth shoe closet—with high ceilings and subtle lighting—which features upward of 300 pairs of shoes, including the Golden State Nike Air Max 1 Bespokes he designed last year and Louis Vuitton. Though he is consciously veering away from rocking sneakers these days, the Jordan 1 remains Iguodala’s favorite—he wears them on off days.

Even though Iguodala respects style that differs from his own, he doesn’t shy away from sharing his opinions on others' fashion choices.

On Dwyane Wade: “He’s very versatile. He’ll give you all ends of the spectrum, which can be good and bad.”

On Cam Newton: “I have no idea [where he is going with his style]. I don’t know if Cam knows. Cam’s usually good. It’s just that one thing that will throw you off with his looks. Like, he’ll have a clean suit on and then he’ll...throw a hat on with the netting over it like a church lady and it just throws it off. But Cam’s usually clean.”

On Klay Thompson: “[He] doesn’t know which way he wants to go. Klay should wear staple pieces. He should wear the same thing every day. He should dress like a Silicon Valley startup CEO.”

As for the rest of the Warriors, Iguodala says much of the team avoids drawing attention with fashion, especially after the team’s profile skyrocketed with the arrival of Kevin Durant last summer. The squad’s celebrity, combined with the grind of the season, has put a premium on comfort rather than show-stopping looks.

“There’s just so much going on. Everyone’s following you. Your every move is being watched,” Iguodala says. “So a lot of our guys go in sweats—just put on some sweats and a hoodie and just zip it on tight and just keep our head down.”

The scrutiny—wins, losses and wardrobe—is magnified even more now, with the playoffs underway and Finals hopes in reach. Iguodala knows winning another chip isn't easy. Last year’s Finals collapse, after a historic 73 wins, and Durant’s knee injury, which sidelined him for 19 games in March, have proved that.

“In the Finals you want to set a statement like, 'This is me. This is who I am.' You know everyone’s watching.”

“We had to learn a lot about ourselves. [Durant's injury] tested us, but it’s good for the soul,” says Iguodala, who averaged 12 points, 4.3 rebounds and 3.4 assists last month. “Everyone wants things to just be easy, just win by 20, just win by 20, just win, win. We have to have adversity in order for us to really reap the benefits and really just have an appreciation of how hard it is to win in the NBA.” 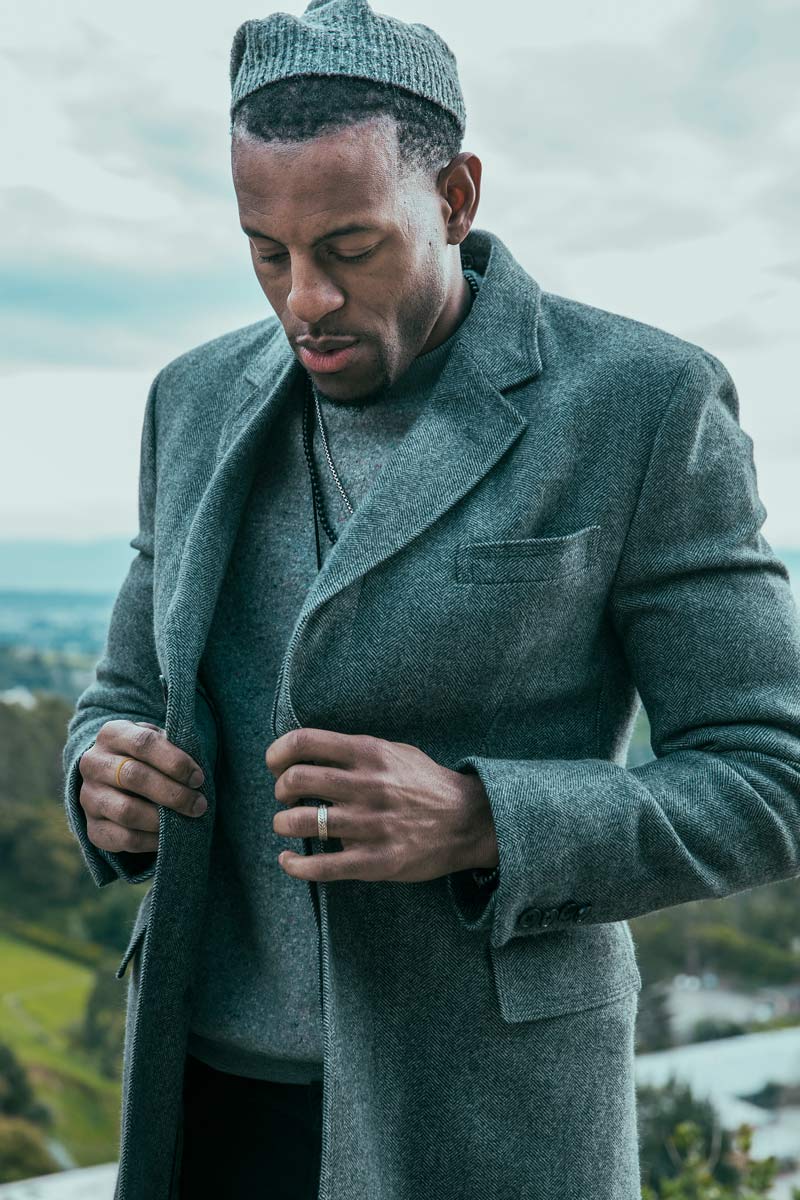 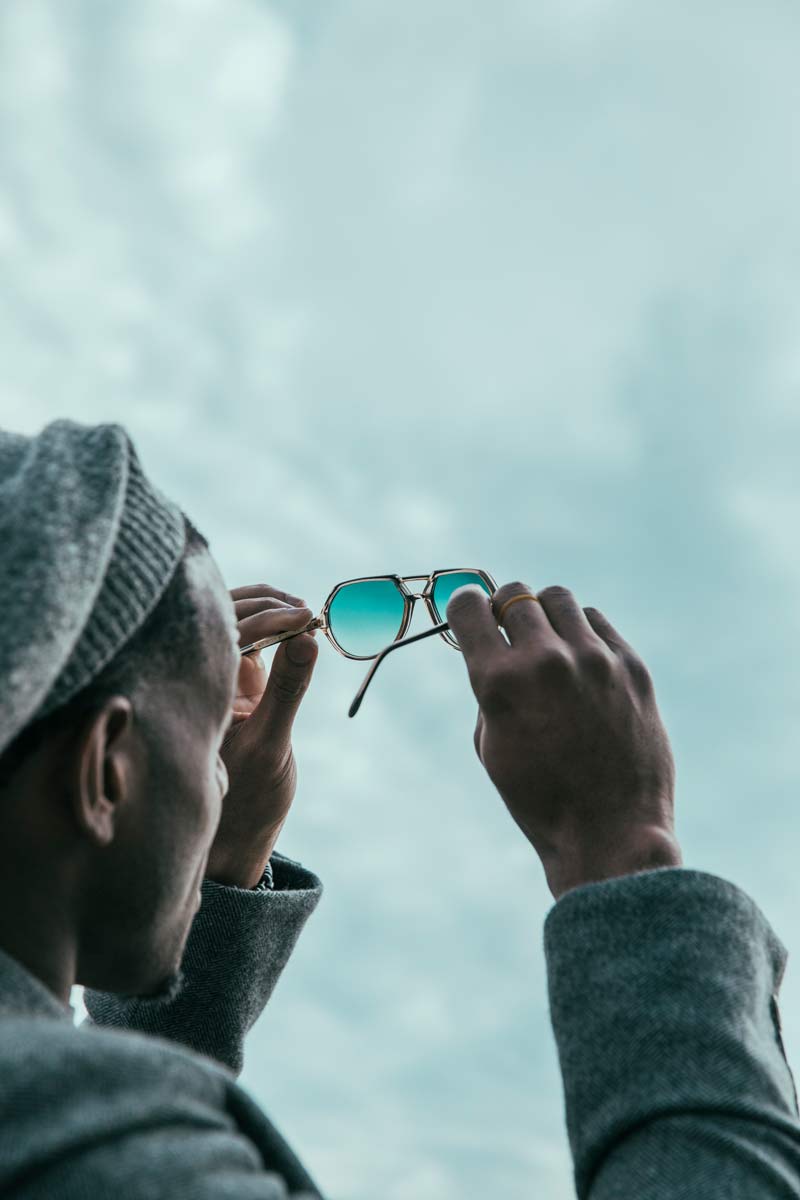 Iguodala is back at it and primed to own the postseason. Just as he did in the 2015 Finals when he scored 16.3 points a game, clamped down on LeBron James during defensive assignments and rocked an electric blue suit to boot. All eyes are on the Dubs, which is why Iguodala’s Finals style approach is much like his strategy for being a champion.

“In the Finals you want to set a statement like, 'This is me. This is who I am,’” he says. “You know everyone’s watching.”

Logan Murdock is a freelance writer who has been published at Yardbarker, The Cauldron and The SportsFan Journal. Follow him on Twitter @loganmmurdock.

For exclusive behind-the-scenes footage of Iguodala's style shoot, click here to get B/R Mag on the go in the new B/R app. 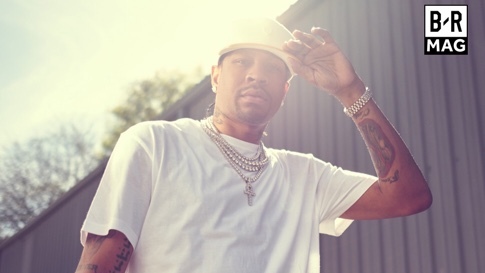 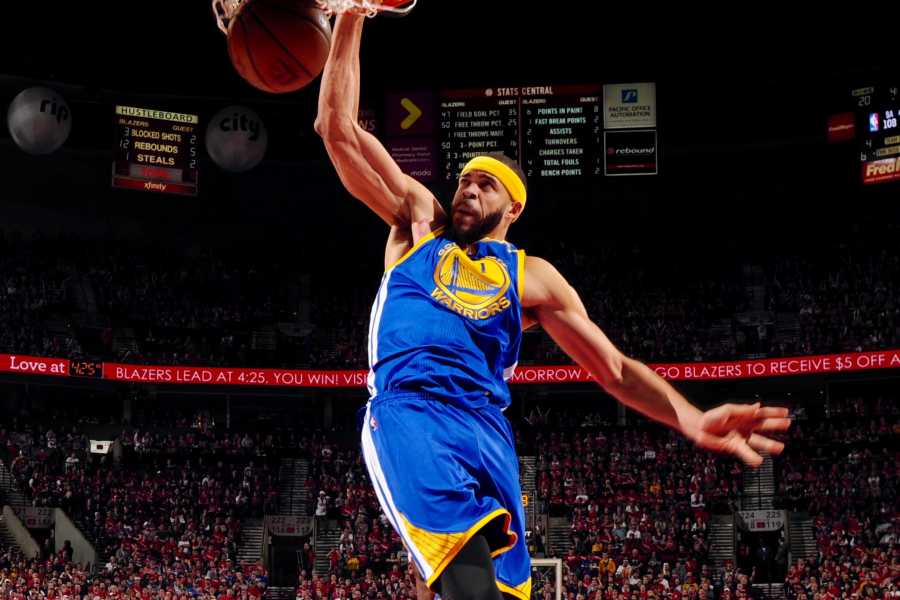 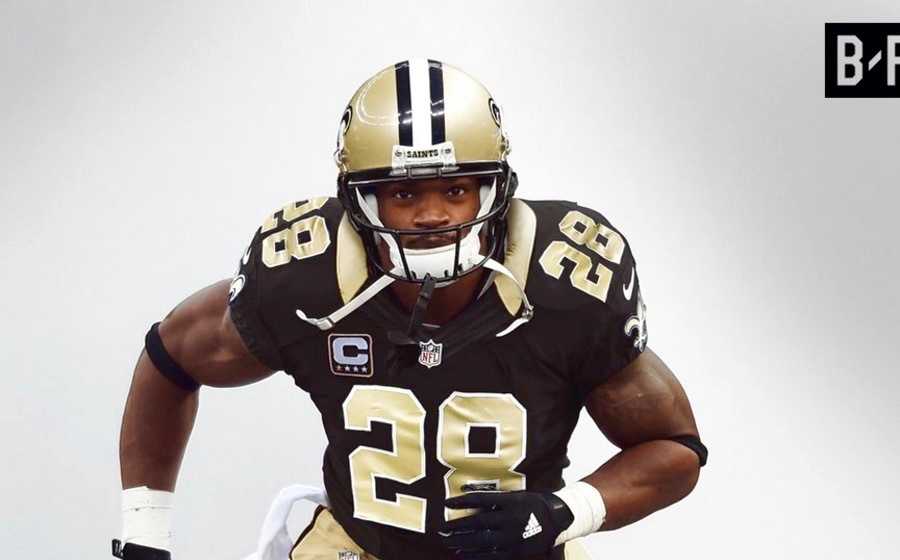 AP and the Saints May Be a Perfect Match 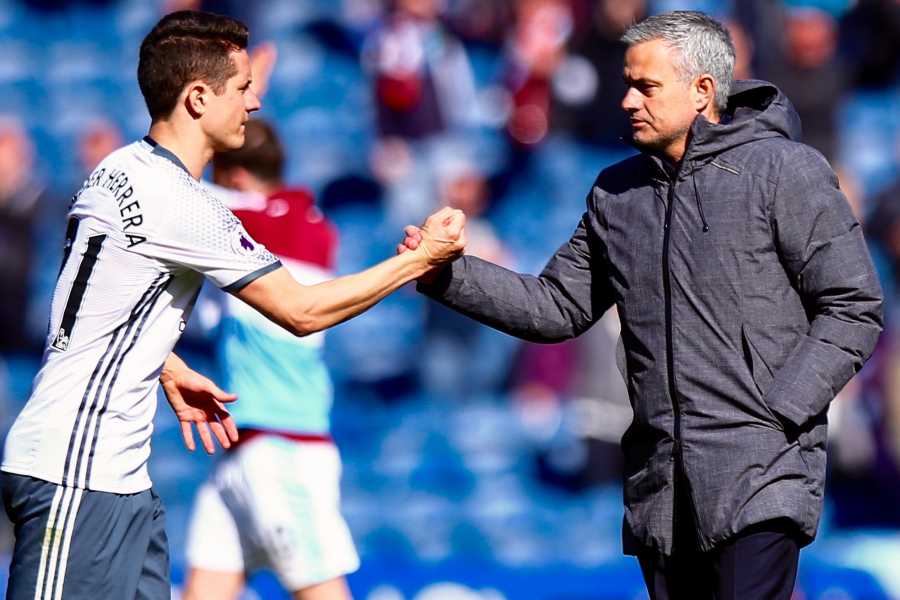 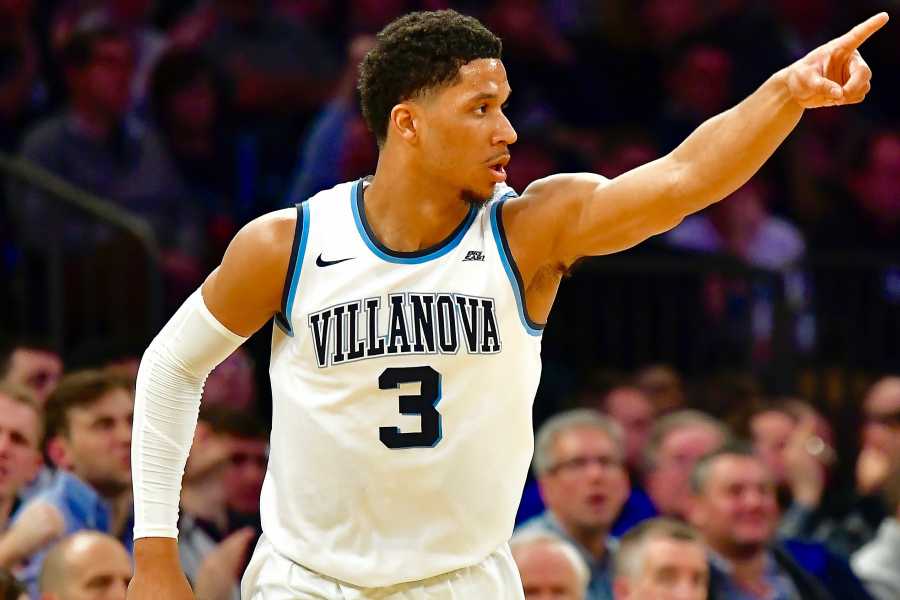